Welcome to the Factory

Charlie and the Chocolate Factory is one of the world’s favourite stories, overspilling with imaginative inventions and colourful characters.

Now, there is a scrumptiously new, magically personalised companion story that’s as ingenious and bonkers as Willy Wonka himself.

In collaboration with the Roald Dahl estate, My Golden Ticket gives any child in the world a personalised tour of the chocolate factory and you won’t believe how clever it is…

1. A Golden Ticket for every child

In Roald Dahl’s original, there were only five Golden Tickets in the whole world. Now, thanks to our snazzy technology, every young reader can have one. 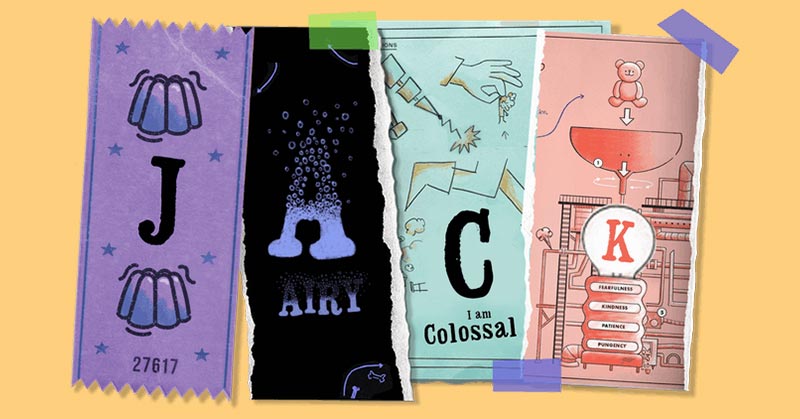 Every child’s tour is deliciously different from the last. Each room they visit in the story gives them an individual ingredient based on the letters of their name, meaning the possible combinations are infinite. 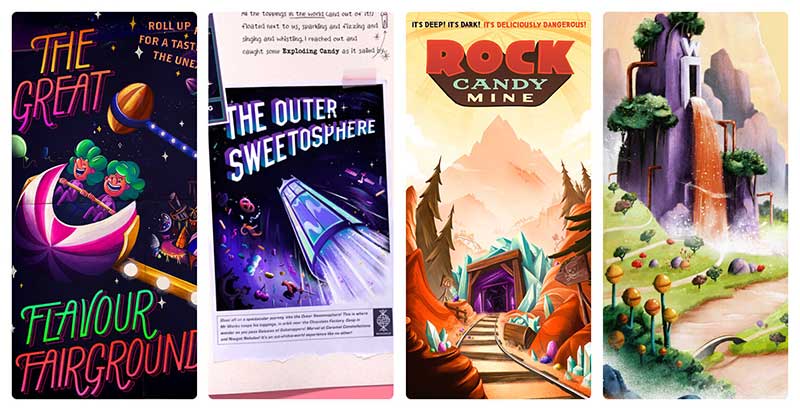 In My Golden Ticket, you get to explore rooms from the original book – and one or two completely new creations (though still based on Roald Dahl’s vision).

4. You’re invited on the adventure too! 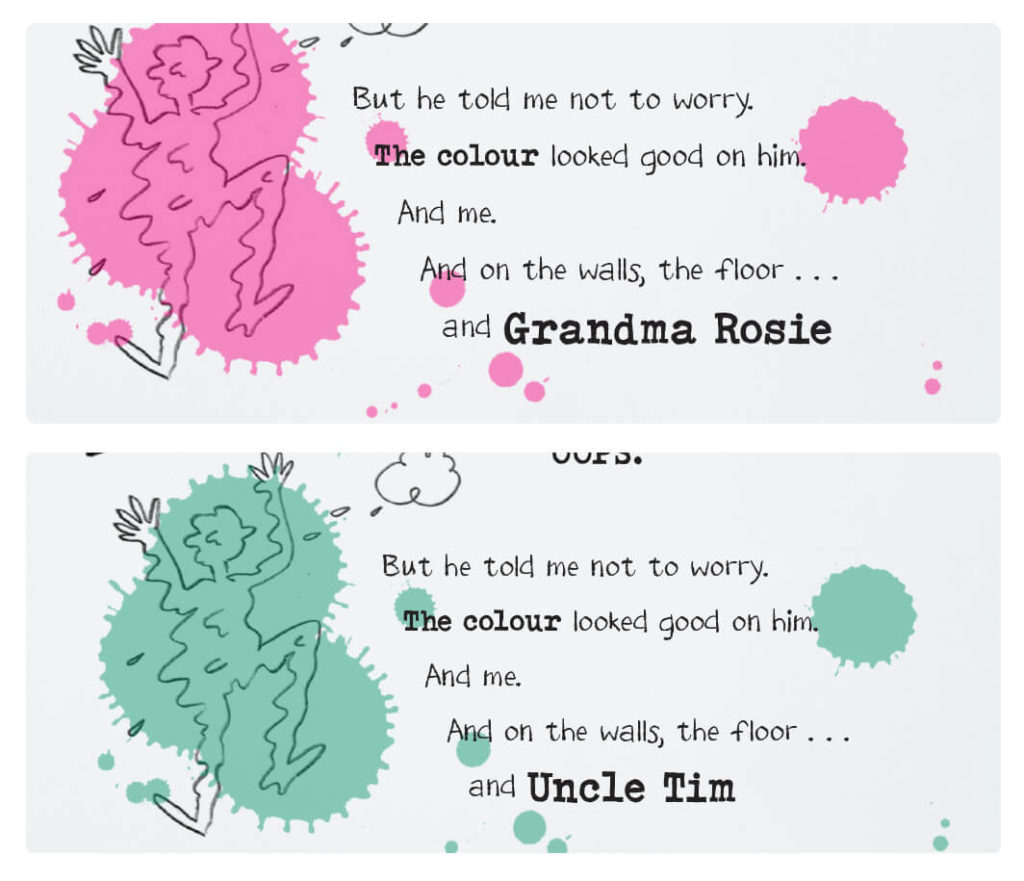 Charlie chose Grandpa Joe to go with him to the factory. In My Golden Ticket, YOU can join the lucky child on their once-in-a-lifetime tour. Just try not to fall into the Chocolate River . . .

5. Every Wonka invention in the story is mind-bogglingly real 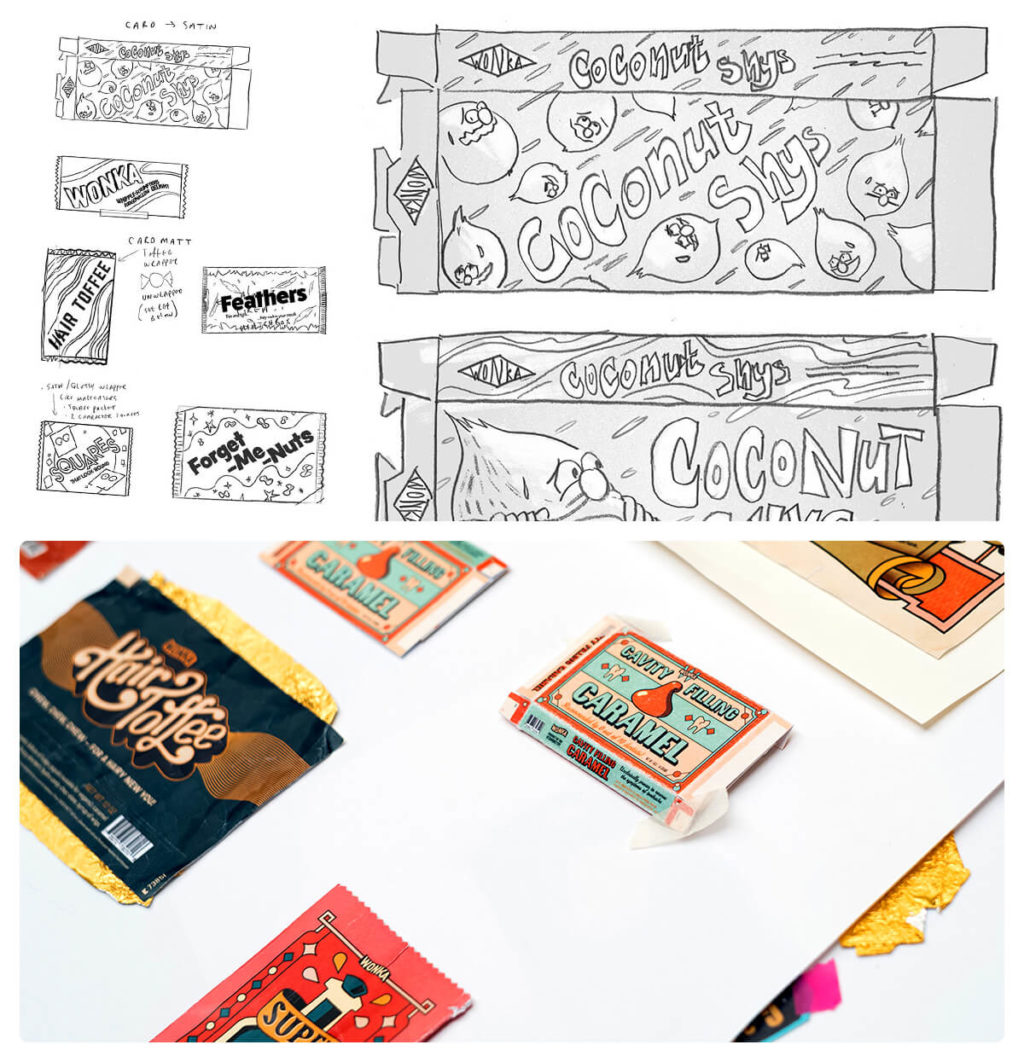 We didn’t just painstakingly design every candy wrapper in the book – we actually made them. Then we photographed them, so that when you open the book they feel as real as if Willy Wonka had made them himself.

6. Even the cover was created by a luxury chocolate-box maker 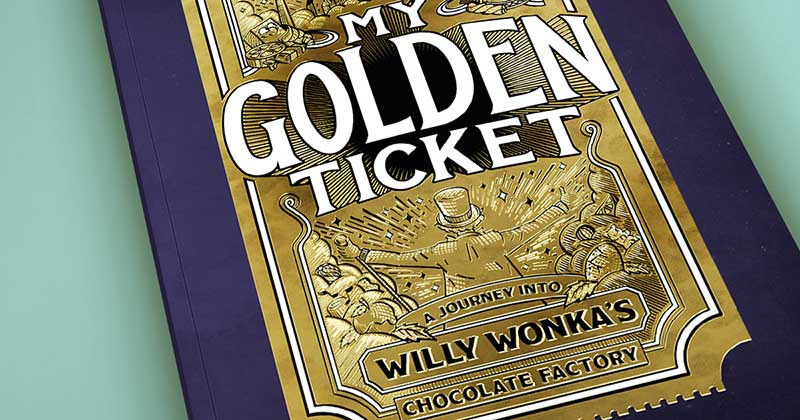 We had to ensure the cover was as gold and shiny and, well, chocolate-boxy, as could be.

7. A touch of Wonka wonder in every line 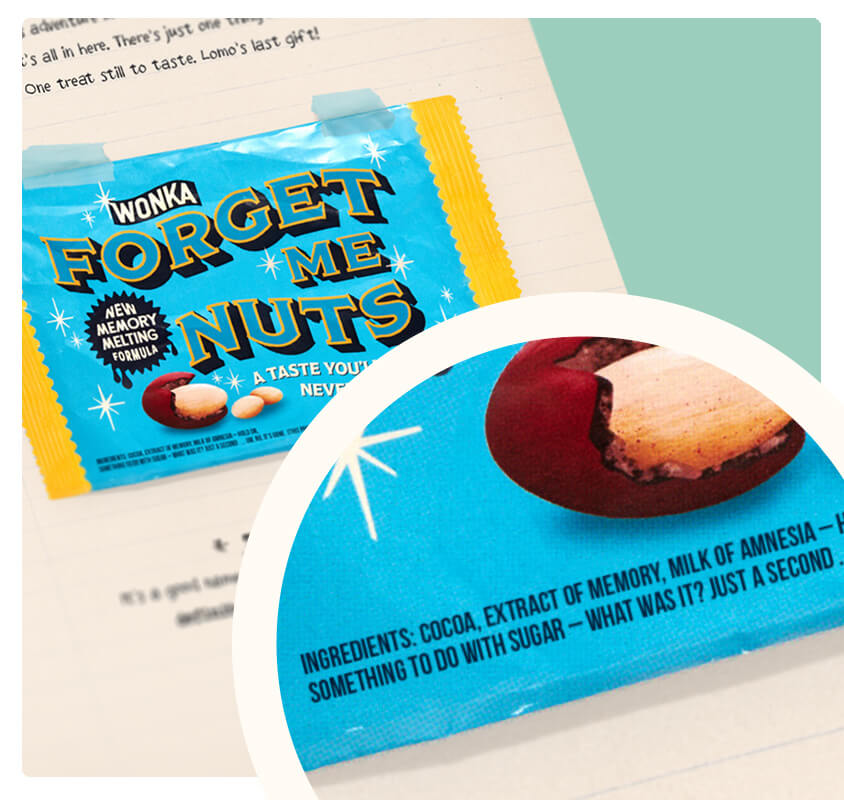 The book is stupendously detailed, and each phrase has been given the Willy Wonka treatment, from the factory rules to the intricately detailed ingredients list on the candy wrappers.

8. Every child discovers their very own (and rather bizarre) family tree 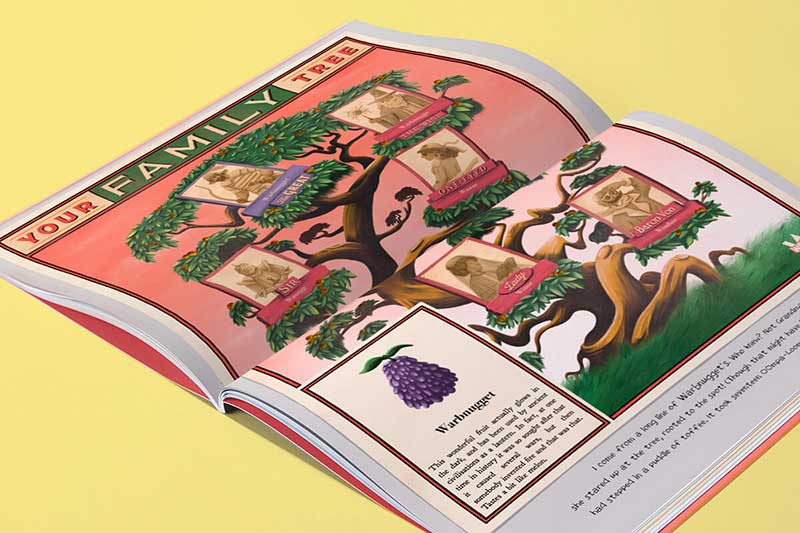 We take a child’s surname and twist it, and turn it, and mangle it, and generally Wonka-fy it, until it’s been totally transformed. It’s probably not a family tree you’ll recognise, but it’ll have been made just for them.

9. A whimsical song made from YOUR child’s name 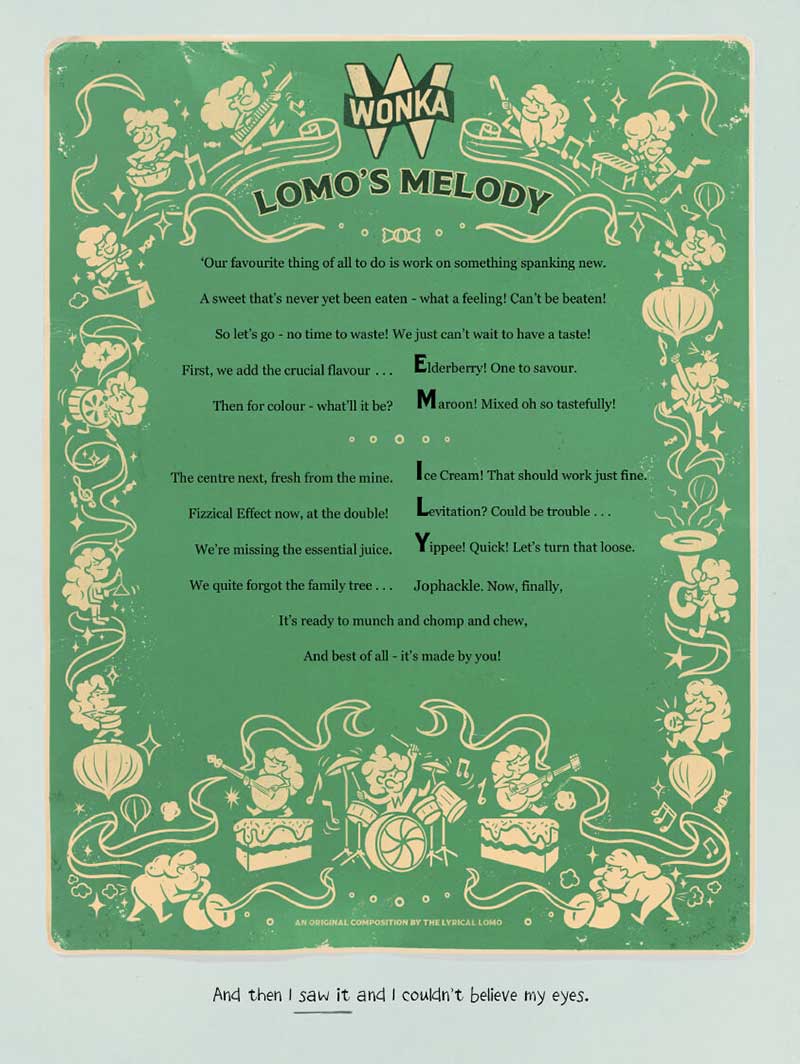 It’s the most magically melodious moment in the whole book – a child’s very own Oompa-Loompa song, constructed from all the letters of their name, and the ingredients they’ve found along the way. Plus it rhymes. Try it for a child you know by typing their name below . . .

10. A completely personalised, one-of-a-kind Wonka Bar for every individual child 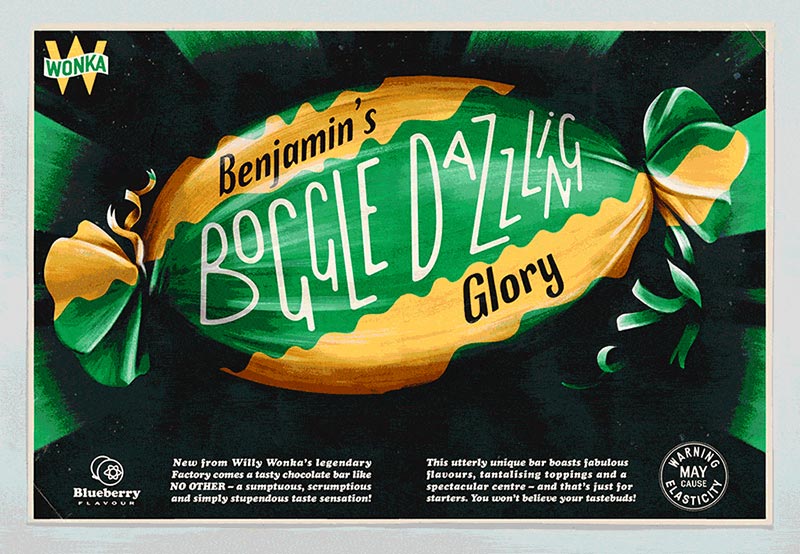 Even the incredibly spoilt Veruca Salt didn’t get one of these – her very own, one-off Wonka bar. Whether your child’s name is Jack, Benjamin, Emily or Sophia, every single name will generate a unique Wonka bar at the end of the book.

Kick off your child’s Golden Ticket adventure below 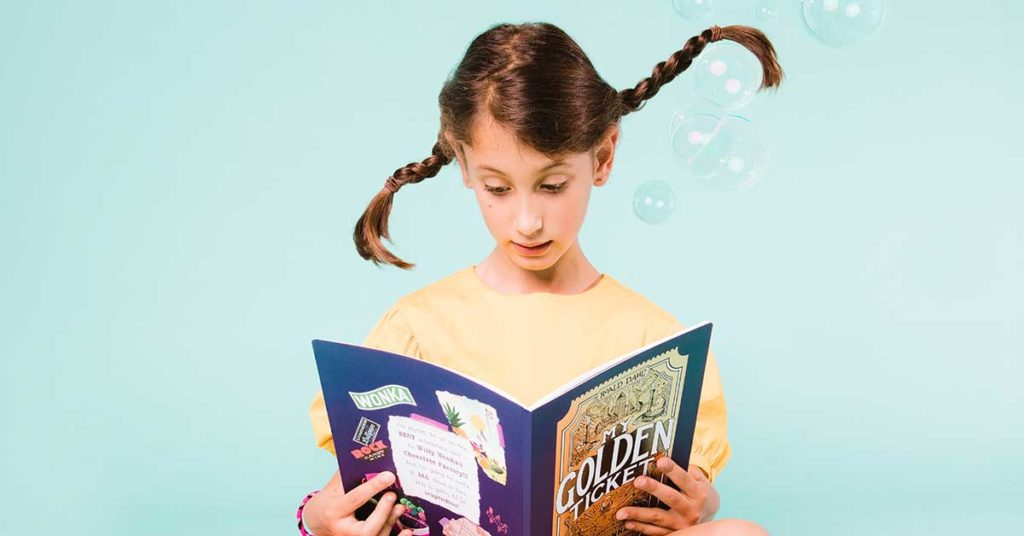 We have a wide range of kids books on offer, all can be personalised and made truly unique to your child. With free dedications offered with every story, available in softback or hardback covers and with worldwide shipping. So take a peek at our range of personalised books here 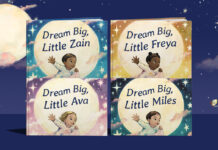 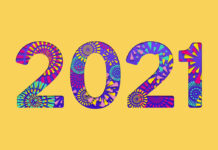