Remember when summer holidays were a never-ending golden juggernaut of adventure and derring-do? Of course you do! One of our favourite books published this summer brings it all rushing back. The Lost Book of Adventure by Teddy Keen (published by Quarto) is a marvellous compendium of travel stories, diagrams and illustrations, explorer’s checklists and survival training. It has everything a child needs for some serious wilderness living. And it’ll have you reliving your childhood glory days too.

The legend goes that Teddy stumbled across a rusty metal trunk while trekking through the Amazon. Inside? Tattered journals and notebooks, stacks of sketchbooks, dog-eared maps. The lifetime work of an Unknown Adventurer, left behind with the hope that someday it might be found and aid young explorers on their own journeys of discovery.

Excited by this news, we rang Teddy, anxious to hear the details of his uncanny discovery. After a thorough questioning (and only some mild arm twisting) Teddy revealed the TRUE STORY of The Lost Book of Adventure. It’s even better than fiction. We’ll let Teddy share that story with you.

WONDERBLY: We know you would like to keep the legend of the Unknown Adventurer intact for children, but for parents reading this interview there’s an even more lovely backstory to the book. Can you share it with our readers? They promise not to tell!

TK: Yes there’s a story behind the story. I grew up in a fairly adventurous family where bedtime stories were often devoted to the expeditions and adventures of family members. These inevitably led to me and my brother heading out into the vast wilds of the local churchyard — inspired by remote jungle treks, scientific arctic surveys and dangerous animal encounters. The creation of The Unknown Adventurer and the discovery of the lost notebooks was a way to construct a home, or a figurehead, through which to tell these stories and perhaps inspire a new generation of young boys and girls to discover their own love for adventure.

WONDERBLY: You mention that family stories played a large role in the making of the book. Was there a particular relative who led the way on the adventure front?

TK: It’s a crowded field. My father, who had plenty of adventures himself, often told us stories of his father who was a spy. These bedtime events were known as “Jim Slim” stories and although the construct was mostly fiction — think giants and an evil Black Beard — a large element was based on reality. A number of aunts and uncles also inspired us with their exploration antics, and their deep fondness for the planet certainly rubbed off on me. I remember my step uncle and aunt coming into my school after cycling from the Isle of Wight to Cape Town having only just left school themselves. Talk about setting an 8
year old’s imagination going. But, if I had to pick one, it would be my maternal grandfather. He wasn’t an explorer, but he managed to get into numerous ‘situations’ particularly in the war which were legend. His quiet way of delivering these anecdotes led you to realise that there was normally a lot more to it. When asked about his raft sinking in a remote Sri Lankan lake, he modestly brushed off the seriousness of the crocodile situation. He was also full of knowledge which he would attempt to pass on to us his grandchildren, as well as generations of local scouts.

At the time, I was often more interested in my radio controlled car, but as I grew older I realised how these skills were the key to unlocking a whole world of adventure. For me, this knowledge is one of the three keys to making good things happen. There’s inspiration too — or the curiosity and impetus to go an adventure. The last key is freedom — a mixture of time, accessibility, and often parental ‘letting go’. The freedom element is something that can be hard to achieve — both as parents and as kids, either due to circumstance such as where you live, or having time in between football practice, after-school clubs, and work.

WONDERBLY: How did your family’s adventures shape your own desire to go out into the world and explore?

TK: I’ve been lucky enough to enjoy a few adventures. A couple stand out for me. A few years ago after grandpa died, I retraced his second world war escape route 400 miles down through the Apennine Mountains in Italy. This was a special, solo journey, but one that the family has shared in too, with different members taking on a new section of the route, his escape diaries in hand. The other would probably have to be ice skating 200km across the arctic dressed as a penguin. It’s a long story.

Generally, I find adventures with a purpose to them the most rewarding, whether that be a personal journey walking in the footsteps of a family member, or helping a group from a large London housing estate cross the Carpathian Mountains with limited Instagram access.

WONDERBLY: You have two small children at home. Are you maintaining the tradition of passing stories along to them?

TK: They’re still quite young, but yes, at certain times I will visit those stories. A few nights ago, my 7 year old and I slept under the stars in the Alps – his first time. I asked if he wanted a bedtime story and he asked for a real adventure story. That was one of those moments. Needless to say we didn’t get to sleep until late o’clock. In between wholesome tales of derring do, you’ll find me inventing intergalactic space mashups with the cast of Star Wars, Transformers, explorer princesses… and a random selection of farm vehicles. Don’t ask.

WONDERBLY: What do you think books like The Lost Book of Adventure have to offer children?

TK: I hope they get children curious about nature and our place within it. It’s great that kids have a relationship with the natural world, but I hope books like this make them feel that they don’t just have to look at it, but that they can be a part of it. Full immersion so to speak. But to do that you need a bit of knowledge and a few skills and that is something I’ve tried to convey in this book

WONDERBLY: If there is one takeaway you wish children would latch onto from your book or from your adventures what would it be?

TK: To be adventurous. I believe there’s something to be said for building up your understanding of what is dangerous and what risks will essentially grow you. And finding and pushing that boundary as we go through life.

On the back cover of the book it reads… “The spirit of adventure is in all of us. Listen to it, follow it and never stop following it, wherever life takes you.” That passage and the “discovered” letter at the beginning of the book are loosely based on a letter I penned for my own kids in a rare moment of paternal profoundness. It wasn’t about necessarily being an adventurer, it was about not being afraid to step into the unknown and about remaining curious. I believe these ingredients of exploration will lead to an exciting life whichever paths you take, and one that never stops growing.

WONDERBLY: What advice would you offer parents who baulk at the thought of allowing their child to attempt some of the more exciting, shall we say, parts of this book like handling a camp knife or being around open fires.

TK: Good question. I think every parent has certain things we’re comfortable with, and things we’re not. If you’re a seasoned camper and fire maker, chances are you will know how and when to introduce your kids to the wonders of the campfire, but equally there are many of us who aren’t as confident, especially when it comes to things where there is potential risk. In the book I have tried to put in as much knowledge as possible to help build confidence, but I think parents instinctively know their own and their kids’ strengths and readiness. Groups such as the scouts and the vast array of forest schools are great alternatives (or complements) to going it alone.

Like many parents today, I grew up with little or no outdoor observation from my parents. We roamed. We fell. Sometimes we broke. But our generation is different, we’re far more aware and perhaps nervous of the perils –- imagined or otherwise — for our kids. I think a balance is possible though. I try and factor in the risks involved so I’m aware of what could go wrong. But also letting the kids have the free range they need to get out exploring the world — and the trees — unfettered.

Teddy Keen is an author, illustrator and outdoor adventurer. The Lost Book of Adventure is his first book, and you can find out more about it here. He lives in London with his family. 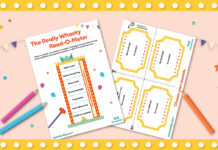 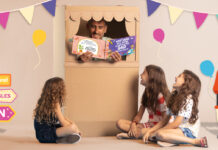 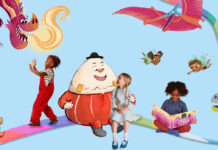