“How fully can the world be explored, if you are also trying not to die?”

School holidays wouldn’t be the same without a couple of skinned knees and splinters. But how far do you let your children go in their outdoor revelry? As parents, we feel we’re always treading that fine line between being cool with a bit of rough-and-tumble, and that instinctive primal terror of ‘Ohmygod Danny get down from there!’

Luckily, it’s a subject that Amy Fusselman tackles with great insight, erudition and bravery in her new book Savage Park. And it’s not without a touch of humour too.

On a trip to Tokyo with her family, Amy was introduced to an adventure playground called Hanegi Playpark – nicknamed the ‘Savage Park’ – where children sawed wood, hammered nails, built fires and played in giant piles of dirt. Instead of grabbing her small children and heading for the nearest exit, Fusselman was drawn in. Not only did she stay that day to play with her kids, but she kept coming back with them, and later returned to Japan on her own to train as an adult facilitator of the space. She’s been kind enough to share some of the lessons of the Savage Park with us.

WONDERBLY: Amy, tell us about your first impressions of the Savage Park.

AF: Part of the delight of discovering Hanegi Playpark was that my American friend Yelena, who took me and my family there, didn’t tell us anything about it beforehand. She just said we were going to a playground.
Because I wasn’t expecting anything, my first impression of the playpark was — surreally — smoke. I smelled the smoke from open fires in the playpark before I saw them. I probably don’t have to tell you that the notion of a fire in the playground, as a normal occurrence, was not a concept I had been exposed to as a parent in New York City.

WONDERBLY: So why didn’t you grab your kids and run for the hills? What made you stay?

AF: It was clearly not a place where any emergency was happening. That was part of the allure. Kids were poking at an open fire, yes, but they weren’t harming themselves, and an adult was nearby, if not hovering. The fire was just another part of a landscape that also included children using hammers and tools to make beautiful structures, and adults and children eating snacks, talking, and hanging out. It was different, for sure. But not scary.

WONDERBLY: What does the space have to teach all parents about risk?

AF: The playpark’s directive is ‘Play Freely At Your Own Risk,” which is a call not only to play but to take responsibility for yourself, your actions, and your choices. That is a really
radical idea, particularly in American culture. I can’t tell you the number of waivers I have signed as a parent of three kids.

In terms of a space being a locus of instruction, though, I think that the adventure playground offers an opportunity for parents and children to experience space as a place for experimentation, for learning about cause and effect, and as a field for self-expression and joy.

WONDERBLY: And what do children stand to learn from being allowed a bit of freedom?

AF: I like the way you phrased this question because it implies—rightly, in my view—that children have very little freedom, anyway. Which is heartbreaking. Freedom allows us to fully experience ourselves and our own humanity.

WONDERBLY: Why do you think many among our generation of parents are so nervous about outdoor spaces and play?

AF: I think parents are accustomed to letting their kids be in spaces that have been pre- vetted for their safety. And we sign a waiver acknowledging that, and agreeing not to hold the vetter responsible if anything goes wrong. Of course it’s nerve-wracking, then, when decisions about safety are on the parent alone. I would add that the notion of a “safe” space is itself a fantasy, but that’s another issue.

WONDERBLY: What are the main points you wish parents would keep with them during this school holiday season?

AF: When my partner Frank and I had our first kid, it was summer, and we went and stayed at our friend’s house at the beach. We walked around town with our tiny baby in a sling and we must have heard 100 times from older parents to “just enjoy him.” I was really moved by this, because I was a very nervous first-time parent. And it strikes me that it was very easy for other people to say that to me, with my 8-pound baby sleeping in a bag. No one says that to me anymore, as a parent of middle- and high-schoolers, and I think it’s worth asking ourselves why. Because it’s still very wise advice. Just enjoy your children. Even when they are hulking, broody teens—just enjoy them. Kids are not a contest. Kids are not a sport. They’re not here to be likable. They’re here because they are, like you, alive. Be with them as best you can, and enjoy the sun together this summer.

Amy Fusselman is the author of four books including Savage Park: A Meditation on Play, Space, and Risk for Americans Who Are Nervous, Distracted, and Afraid to Die. You can find out more about it here. Her essays have been published widely in The New York Times, The Washington Post, The Believer, and elsewhere. She lives in Manhattan with her partner, Frank, and their three children. Instagram: @amyfusselman 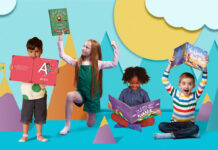 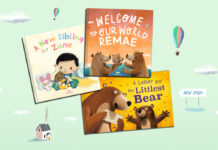