11 brilliant birds you can make with socks this Easter

Knock their socks off

Here’s a simple Easter craft activity to get young bird-lovers twitching with excitement. (Get it? Because birdwatching enthusiasts are also known as twitchers!)

For inspiration, take a look at this list of our very own handcrafted birds. Otherwise, just scroll down to the tutorial, and see how easy it is to turn a couple of lonely socks into a fine feathered friend. 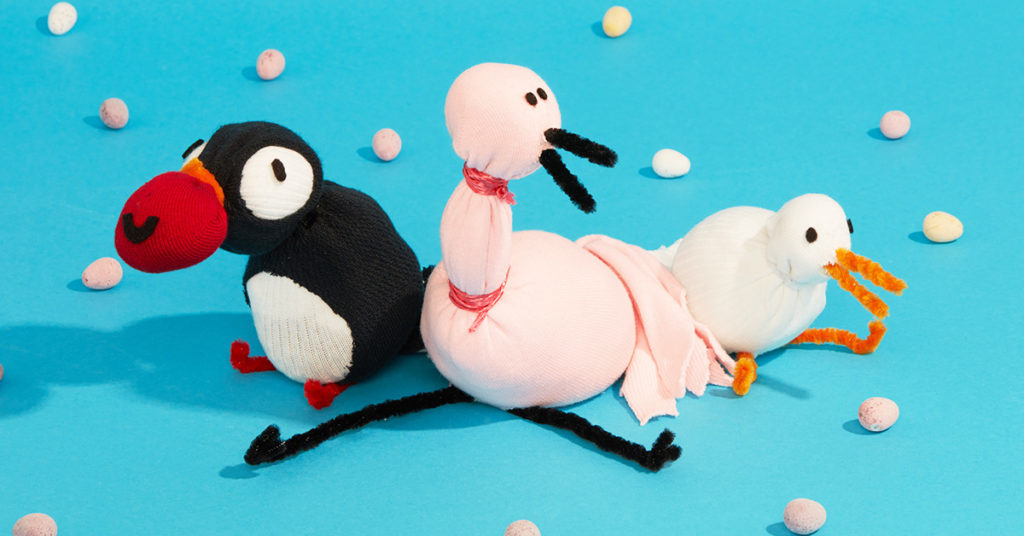 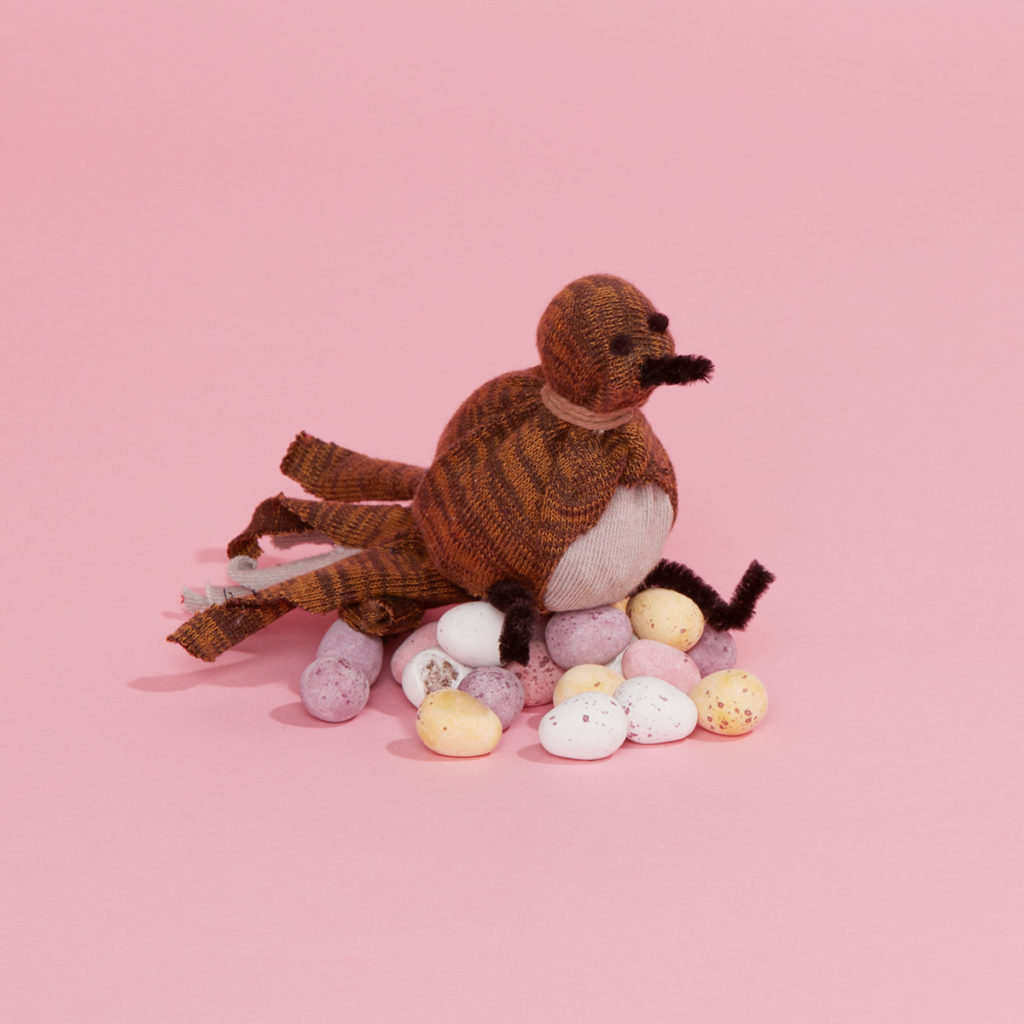 Samiya is a close relative of the tree sparrow, and will happily stay back to guard your chocolate eggs while you go and visit Nana and Grandpa for Sunday dinner. Or if you’re feeling really precious, take the eggs with you and bring Samiya too. She loves a good car journey. 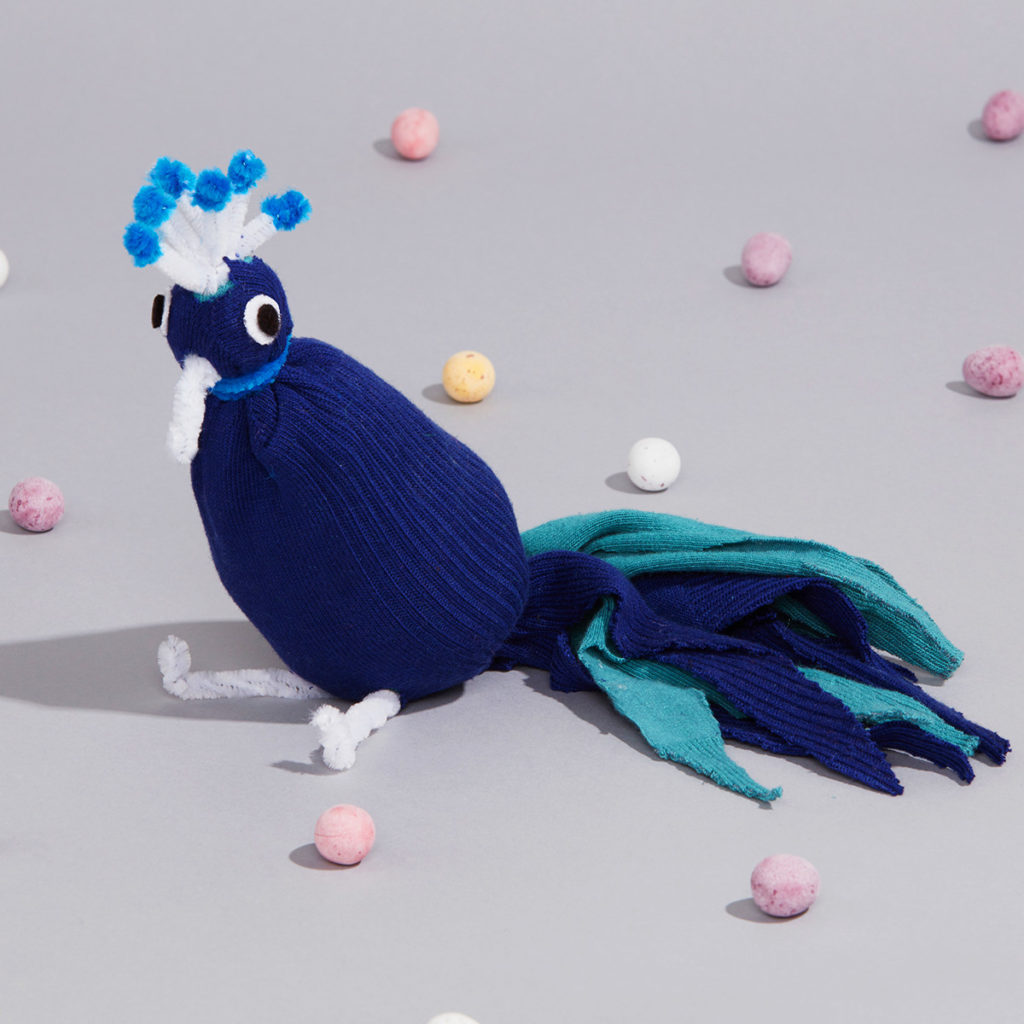 Petra is one of the most social birds out there. With her fancy tail and pipe cleaner headpiece, she’s always up for a good party. And has also been known to have one too many at the bird fountain – but we’ve all been there, haven’t we? 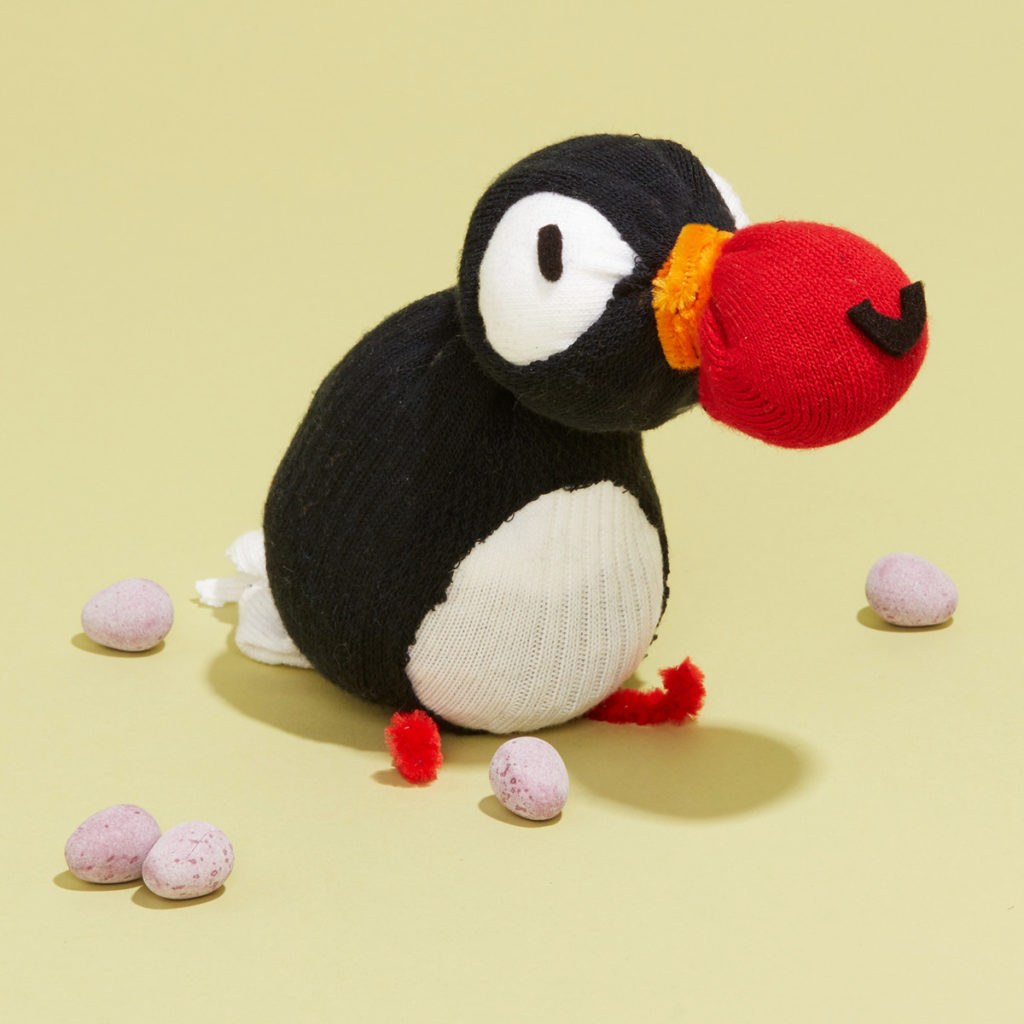 Huffin’s red nose is no accident. It’s made from the toe of a sock, and obviously means he’s the clown of the clan. His favorite joke? Glad you asked:

Q: When is the best time to buy budgies?

A: When they’re going cheep! 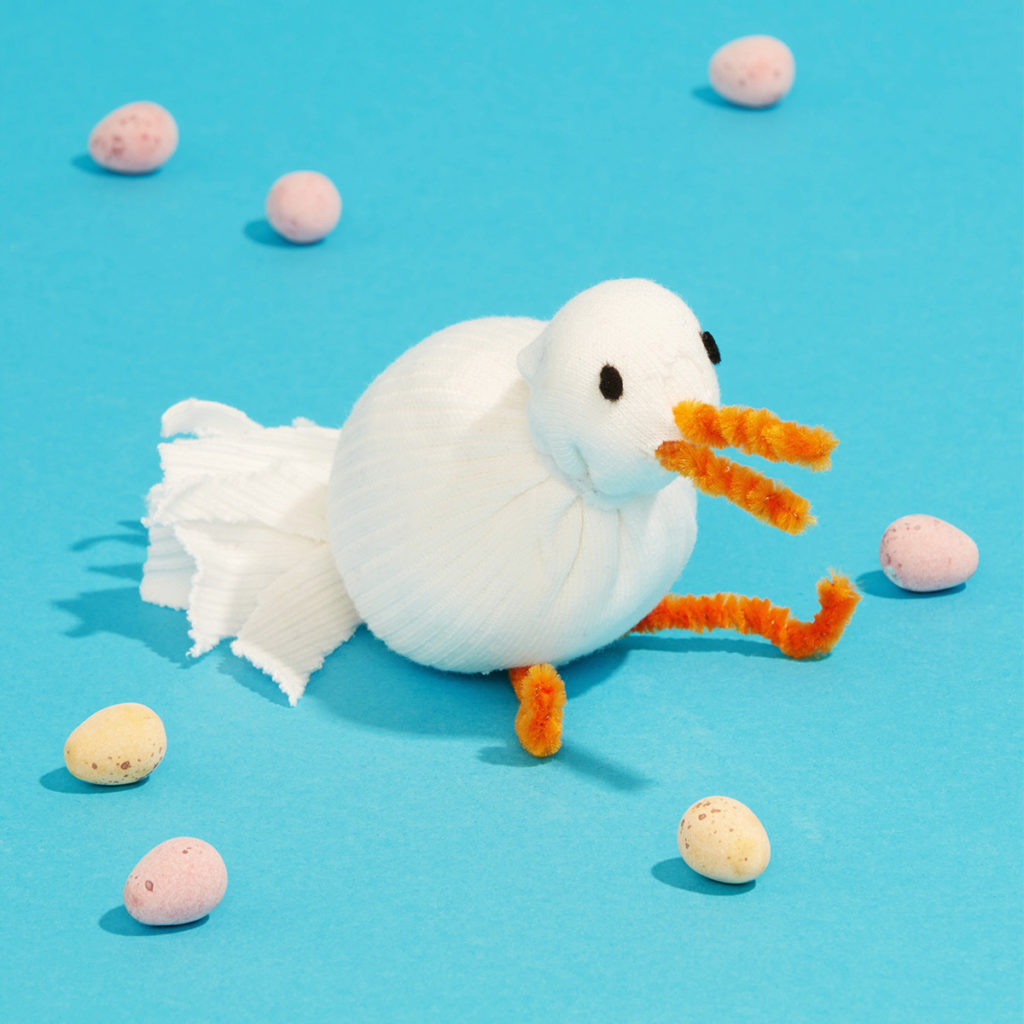 Serena’s curiosity has been known to get her into some pretty sticky situations. Luckily, her innocent face (look at that face) has got her out of those sticky situations too. We’ll let her tell you about the time she was caught with her beak in the biscuit tin… 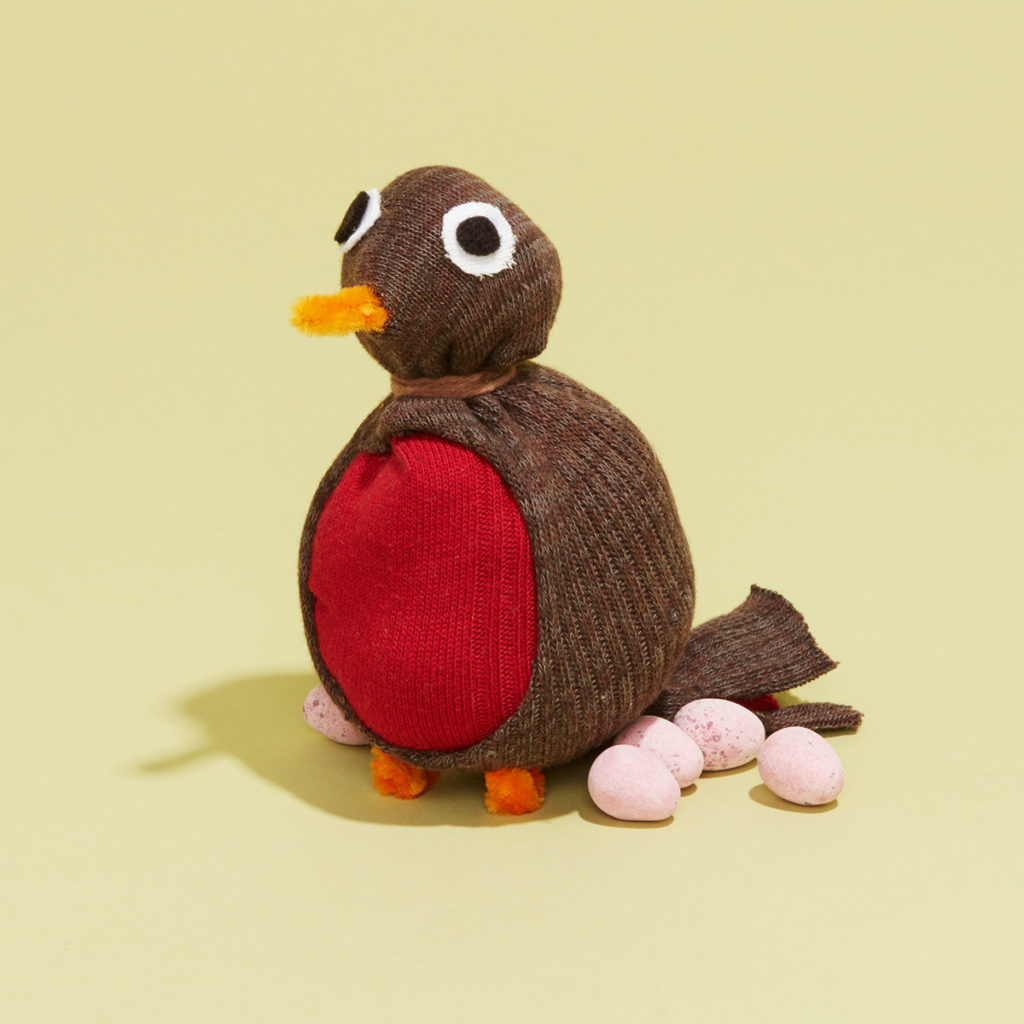 Although robins are lesser known as an Easter bird (they’re more of a favorite around Christmas time), Rebecca just can’t resist the chance to spend time with her feathered friends. And frankly, if there’s chocolate on the cards, she’ll never be far. 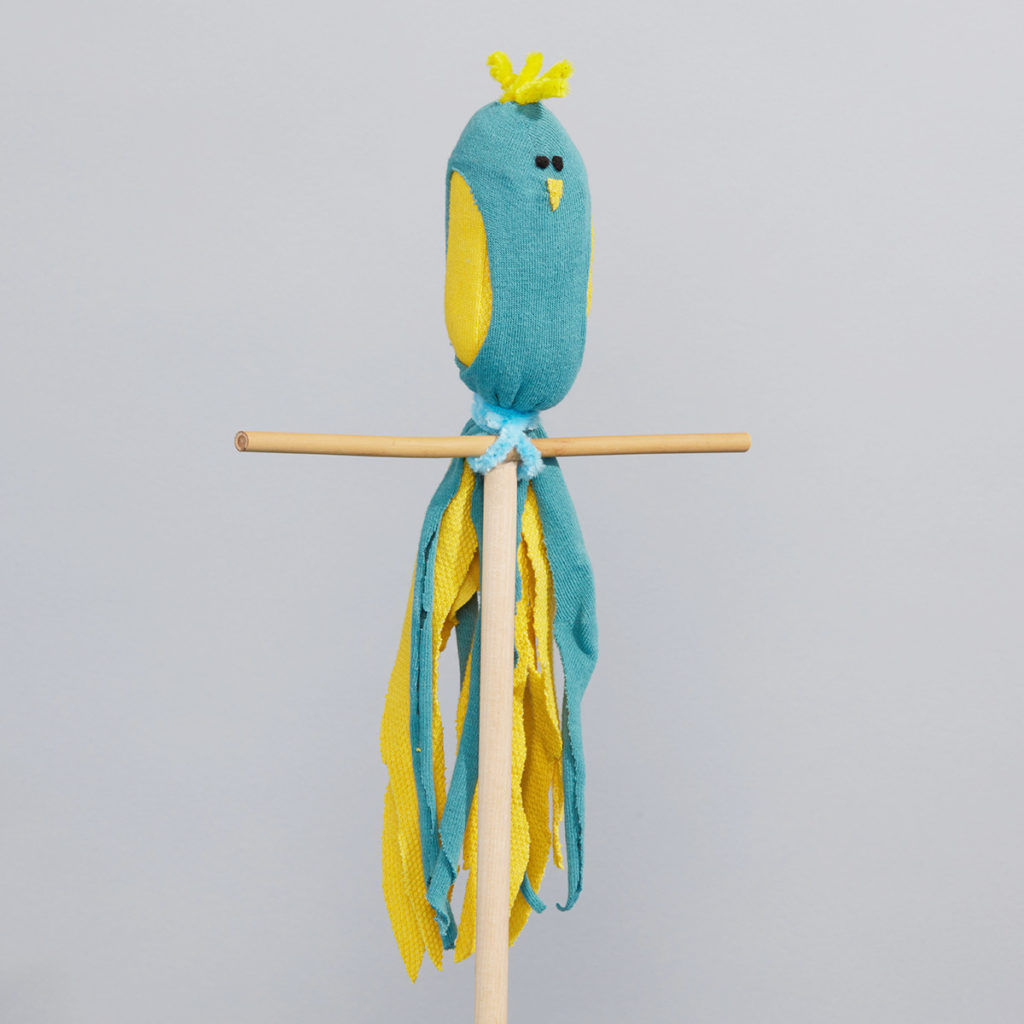 Bronwyn’s originally from Australia and is the most easygoing budgie ever – which is why she’s totally okay with being tied to this stick with a couple of pipe cleaners. 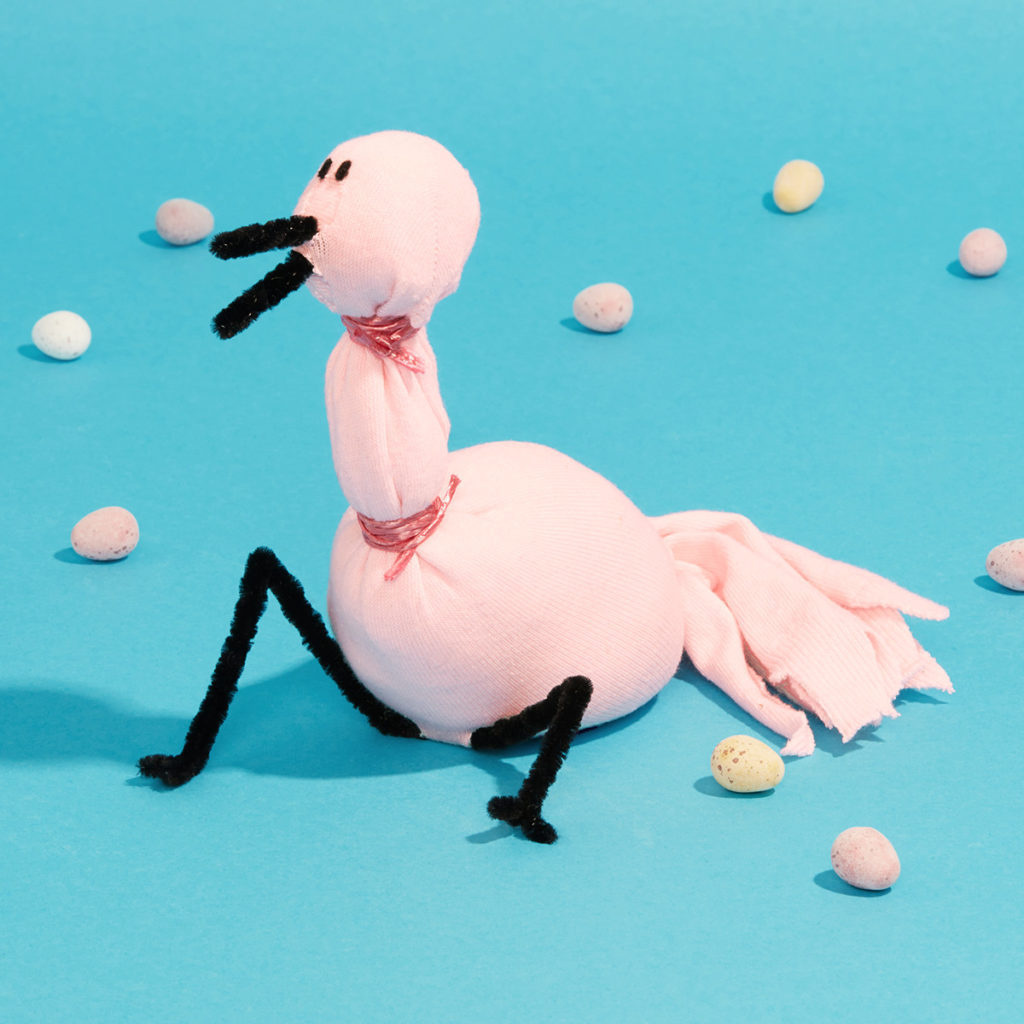 The first thing most people notice about Frieda is her really long neck. Of course it is! (It’s held up with the help of a popsicle craft stick, by the way). But not many people know she also happens to be really good at hopscotch. 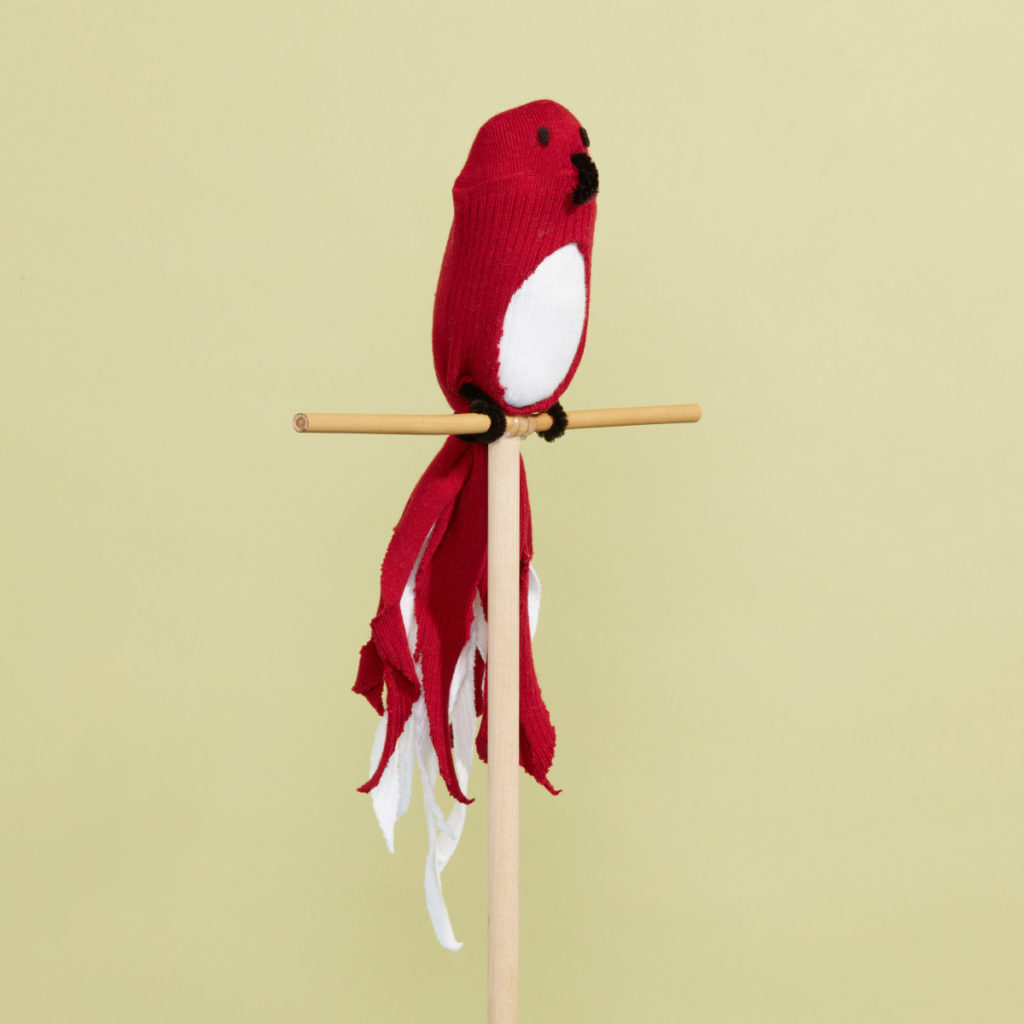 Like any good parrot worth their dime, Prudence can talk till the cows come home. But be careful what you say around her, because she’s a fiend for a bit of gossip. As we found out the hard way when she gave away where we’d hidden the eggs for the Easter egg hunt. 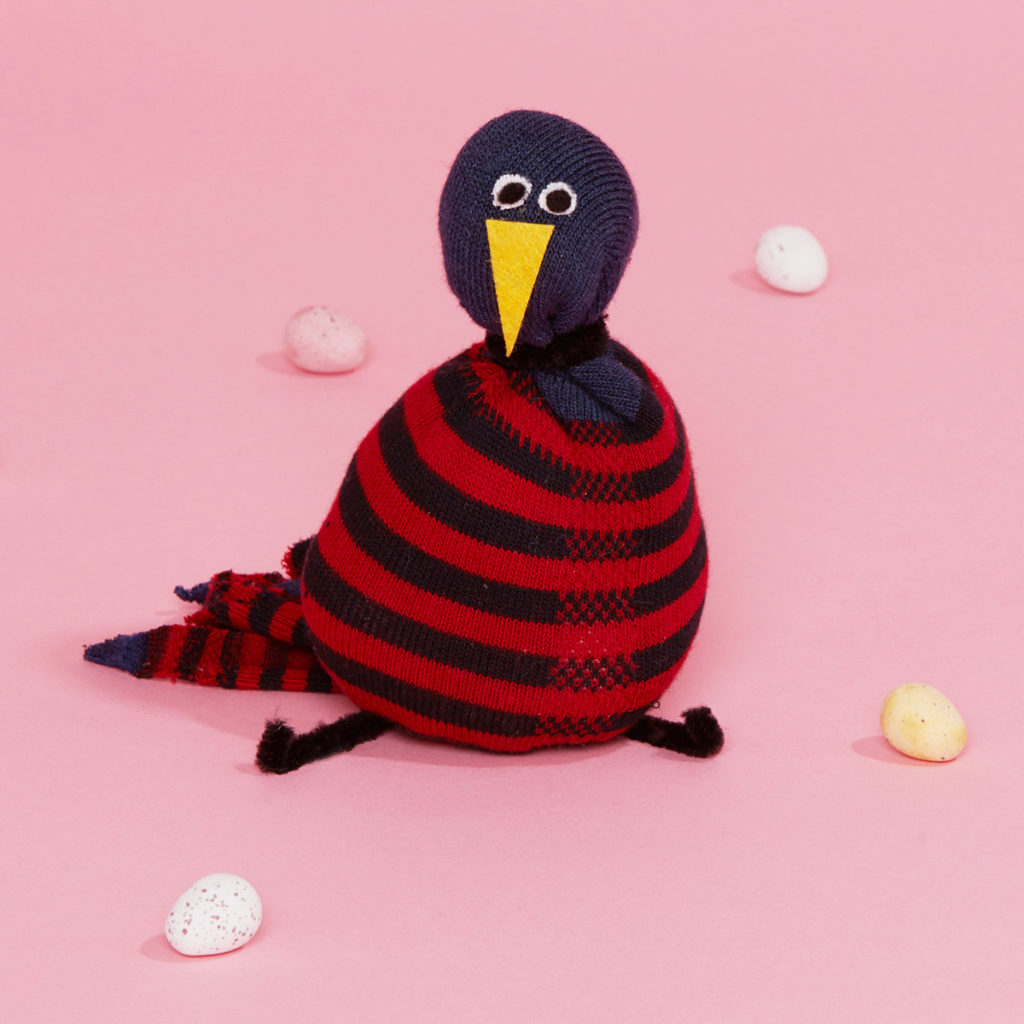 We’ll be honest here, we’re not sure what bird this is, but you’ve probably realized by now: any sock in any colour can easily become a sock-bird. It will always be welcomed with open wings! 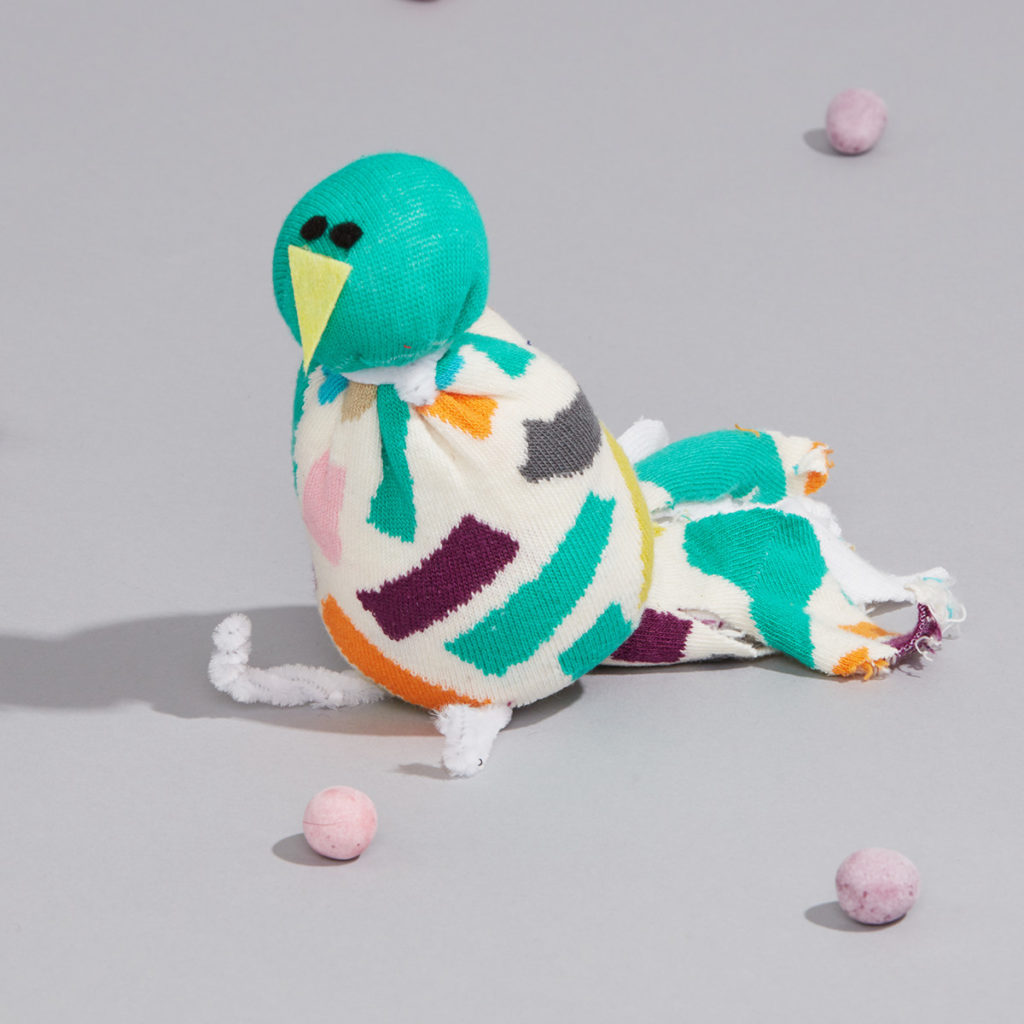 Freddy’s the baby of the bunch, so you’ll often find the others cooing over him. You can tell he loves the attention. And who could resist pinching those green sock cheeks?

Over to you for the final one

Our 11th sock-bird, Pat the Pigeon, might be seen as a pest by some, but he’s actually a real softie (and not just because he’s stuffed with cotton wool). Following these steps to make your own Pat. And feel free to adapt tutorial to make any of the others too. 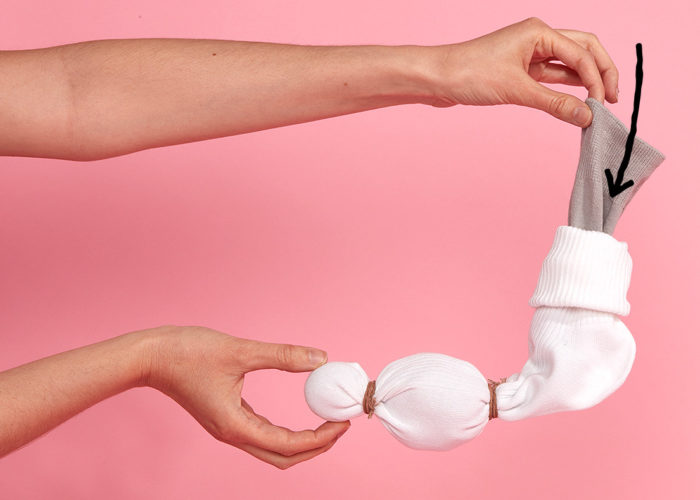 Fill one sock with cotton wool or split peas – or a bit of both. Then stuff that sock into a second sock. And use the string to tie off the different sections. Here we have a head, a body and a tail. 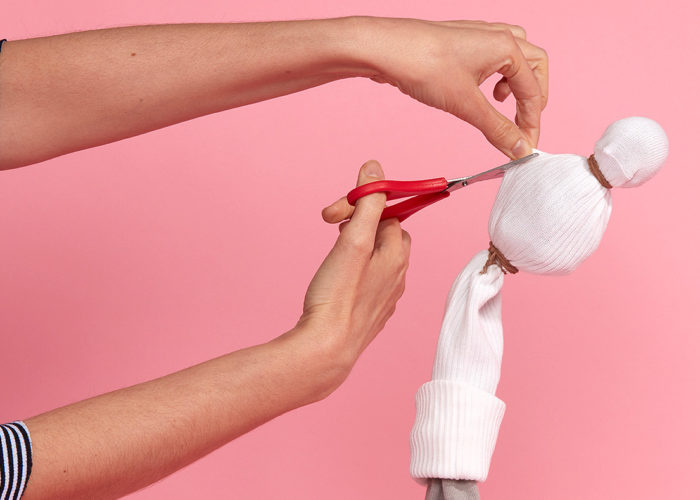 Now for the clever bit. Give Pat a coloured tummy by carefully snipping a window into the outside sock, so the inside sock can peek through. 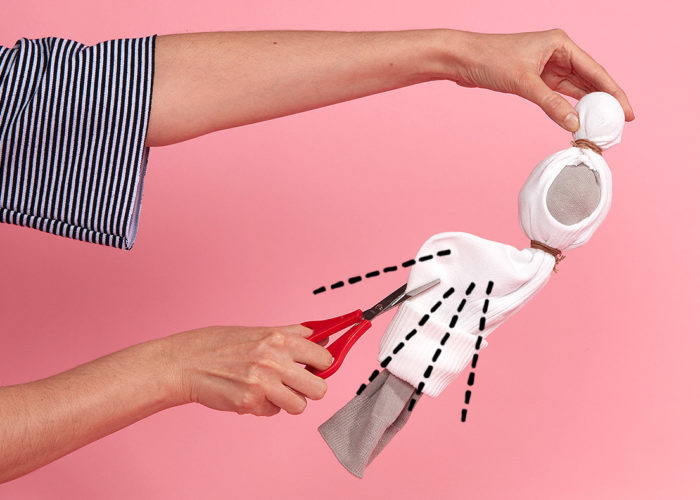 Once the tummy’s appeared, it’s time for the tail. Make some feathers by cutting the end of the sock into strips. You can give it a long, short or bushy tail, whatever you think would a Pat. 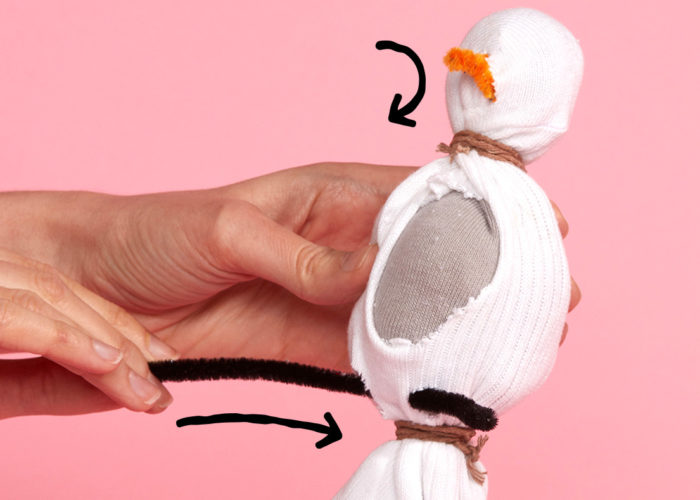 For the beak, cut two tiny holes, thread a short pipe cleaner through, then twist it to a beak shape. Do the same for the legs, but with a longer pipe cleaner and without the twist. 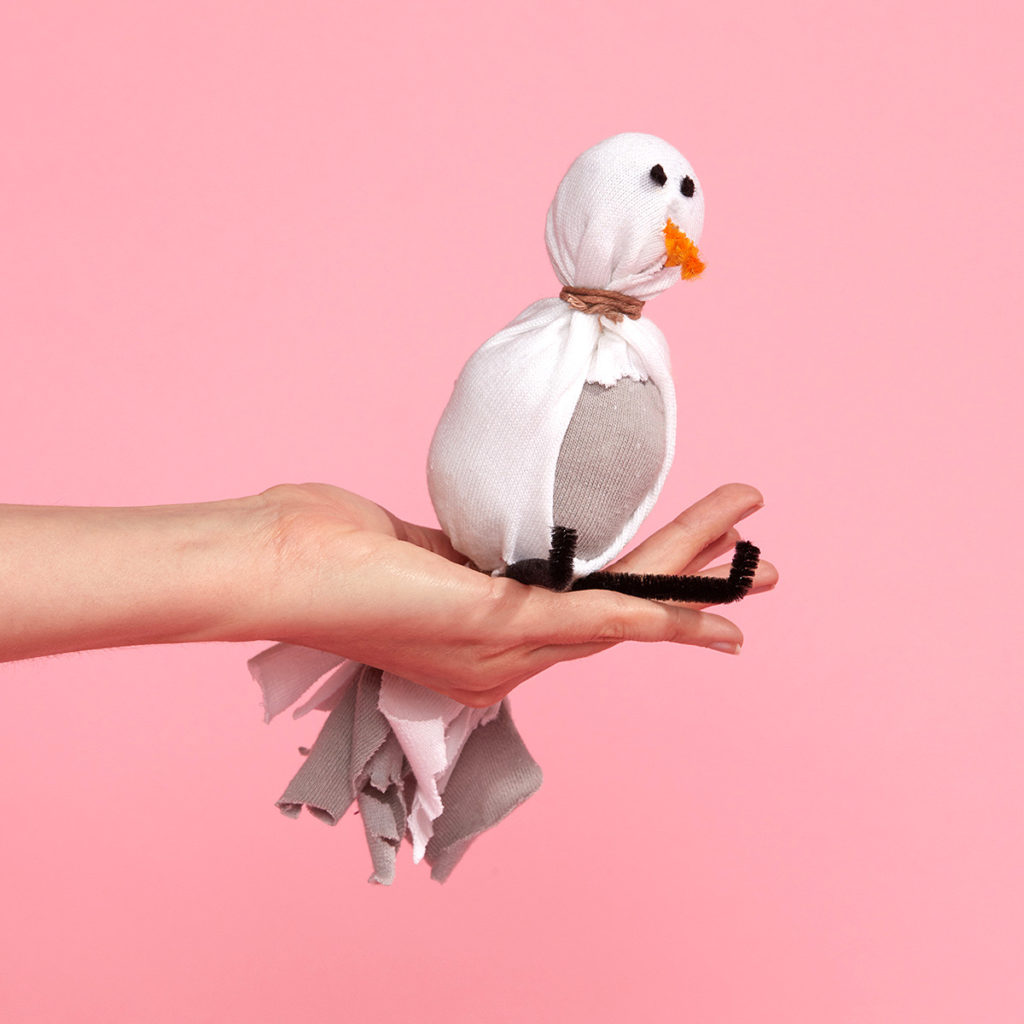 A couple of beady eyes on this fella will help really bring him to life. Stick on two tiny dots of felt like we’ve done here, or you can use buttons, markers or beads.

And hey presto, you have your very own Pat the Pigeon! Remember, you can improvise on any of these steps to make some of the other birds. Or go ahead and invent your own.

If you and your little ones have had a go at crafting your own sock-birds, we’d love to meet them. Introduce them to us on the Wonderbly Facebook page.

As you might have guessed, inventing characters is one of our favorite things, and we’ve made up loads for our much-loved personalized book, The Little Boy Or Girl Who Lost Their Name. Including a lonely lion who just wants some friends to play with, and an ostrich who loves wearing jewellery! 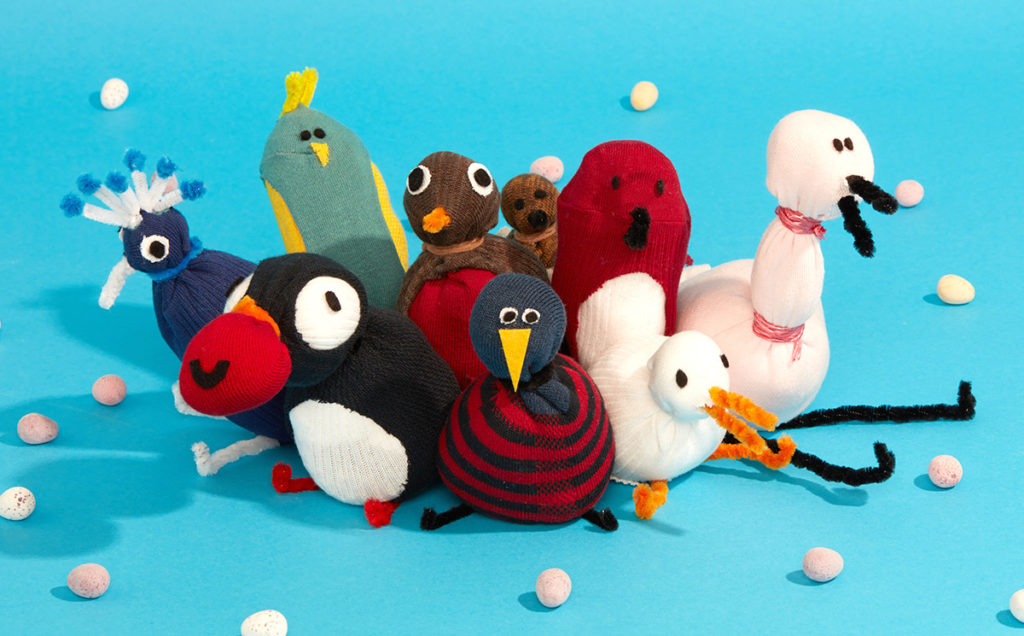